“If you are suffering from Lyme and/or coinfections, be your own best advocate, find an LLMD who can help you on your journey, and never lose hope that you can heal!” – Jonah C. 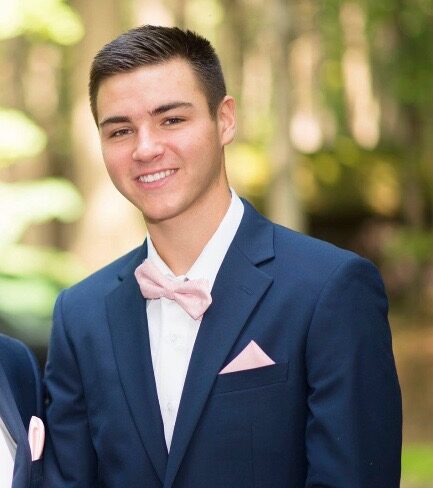 My Lyme journey began the summer before beginning my freshman year of college. Like many others who contract Lyme and co-infections, I did not present with what are thought to be the "typical" early symptoms, such as a "bulls-eye" rash, fever, or swollen joints.

My symptoms began with crushing chest pain, heart palpitations, GI issues, headaches, brain fog, and fatigue that would force me to stay in bed for most of the day.

Just a few weeks into my freshman year I was told my blood test came back positive for Lyme disease. I was prescribed 21 days of Doxycycline, which is the standard treatment, and was overjoyed that in just a few weeks I would be back to feeling normal. I had no idea back then just how hard it is to get rid of the bacteria responsible for Lyme disease.

For the following weeks, months, and years I was plagued with concerning and often debilitating symptoms. While there were periods where I felt well enough to consistently exercise and socialize, I never got back to feeling completely like myself. Brain fog and fatigue persisted daily, and long stretches of new symptoms would come and go.

I visited several doctors and specialists to try and get an explanation for why I was feeling this way. Most of the time I was told I was just stressed or anxious, while other times doctors went as far as to say Chronic Lyme does not exist, and that all of these symptoms were in my head.

Fast forward to the summer of 2020, my symptoms became so debilitating that I was bedridden for months. My eyes were so dry I could not open them in the morning, my joints prevented me from moving around comfortably, and my brain fog was so intense that I could not even comprehend simple words when being spoken to. This was the scariest few months of my life, I felt like I lost my mind.

At this point I knew I needed help. I had heard of Integrative Medicine Center in Chittenango, New York that specialized in the treatment of Lyme Disease as well as many other chronic illnesses. I called Dr. Heidi Puc’s office at Integrative Medicine of Central New York and by the Fall of 2020, I was treating my chronic and debilitating symptoms.

Treating has been difficult, and I have had to make lifestyle changes that allow me to keep up with my treatment schedule. However, I believe it is paying off. Through treatment with antibiotics, supplements, diet changes, and much more, I have been able to regain some of my strength and functionality.

Last Fall, I thought I was a lost cause. This Fall in 2021, I am now working part-time, playing golf, exercising, and socializing again. While I am not close to 100% yet, the improvement has been slow and steady.

If you are suffering from Lyme and/or coinfections, be your own best advocate, find an LLMD who can help you on your journey, and never lose hope that you can heal!