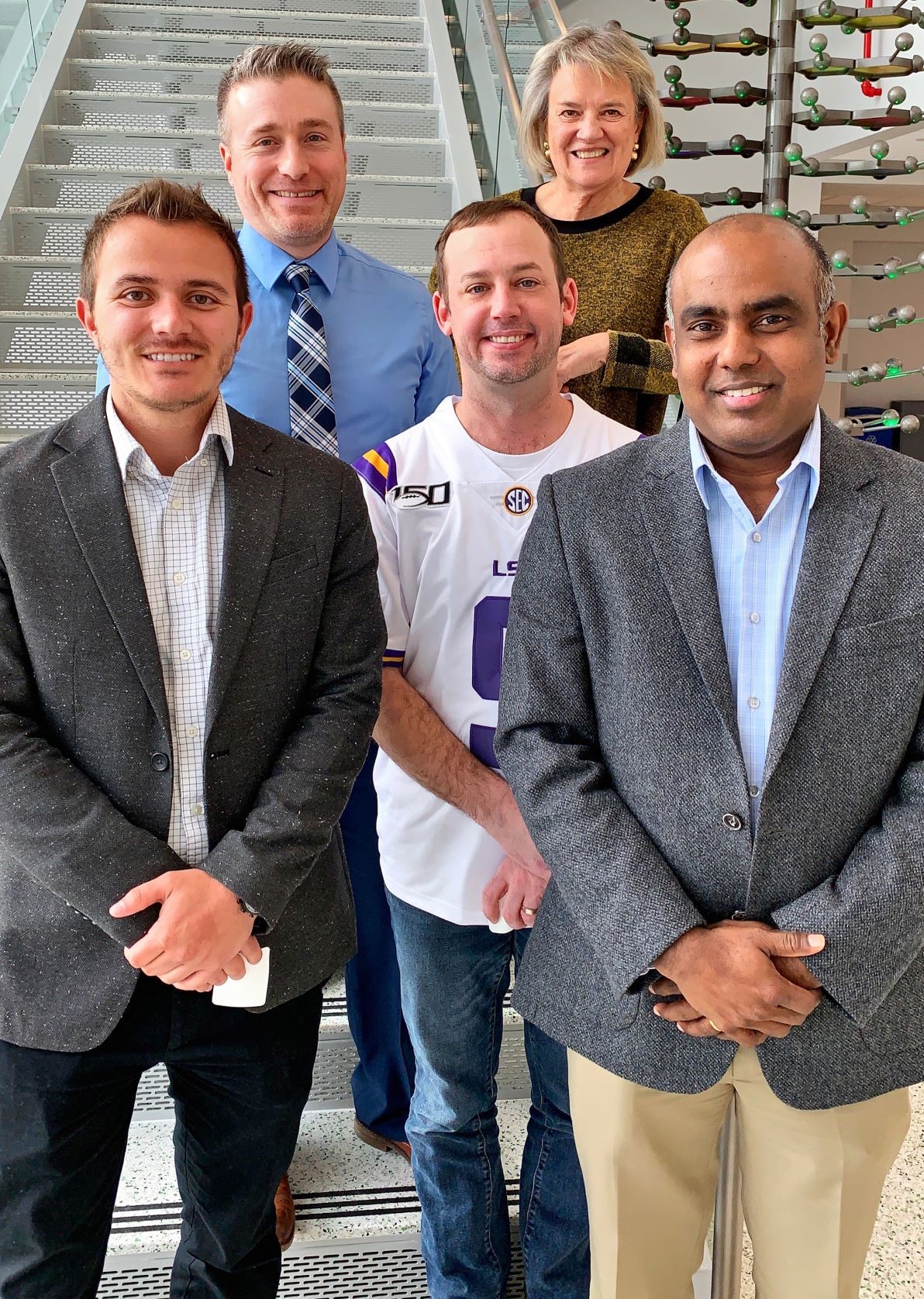 Nearly 60 researchers from Binghamton, Cornell and SUNY Upstate Medical universities, and SUNY College of Environmental Science and Forestry gathered together for a working group research conference Monday, Jan. 13. The sole topic: Lyme disease diagnostics for the sixth most common reportable disease in the nation and the most prevalent tick-borne disease.

Hosted at Binghamton University’s School of Pharmacy and Pharmaceutical Sciences, the conference highlighted not just ongoing research, but the many collaborations between the schools.

Following on last year’s conference held at Cornell University, the day addressed what Gloria Meredith, founding dean of Binghamton’s pharmacy school, said was “not only topical, but very urgent — that we move the research forward in Lyme disease.”

“Lyme disease is important and we’re only in the infancy of our work,” she said. “And as the climate warms, it’s critical for animal and human health that we treat it. There is much left still to be discovered.”

Lorin Warnick, the Austin O. Hooey Dean of the College of Veterinary Medicine at Cornell University, noted his excitement to see the interest in the conference and the collaborations growing out of it. As his school and other programs at Cornell support human health goals, he said: “There is a lot of strength in the region that we weren’t connecting, so we hope this conference helps bring that about and highlights the strength in New York for research on this very critical topic. We also host the New York State Veterinary Diagnostic Laboratory, which is a great resource for topics like this.”

The day included a dozen presentations by researchers, along with a keynote by Binghamton University alumna and pediatrician Patricia DeLaMora, associate professor of clinical pediatrics, Division of Infectious Diseases, Weill Cornell Medicine, who spoke about “Current Challenges with Lyme Disease Diagnostics in Clinical Practice.”

In her talk, DeLaMora reviewed patient cases that underscored the difficulties pediatricians encounter when patients present with symptoms that could result from Lyme disease, but lab results are inconclusive or negative. The patients had been treated with antibiotics for years because they believed they had Lyme disease, but their symptoms did not improve. These seem like crazy stories, “but this is a regular occurrence in my practice,” DeLaMora said.

What is contributing to the inconclusive nature of Lyme testing, DeLaMora said, are common beliefs that the Infectious Diseases Society of America (ISDA) guidelines should not be used, that standard lab testing is wholly unreliable, that only specialty labs can be trusted, and that there are data cover-ups by the Centers for Disease Control, ISDA and insurance companies.

“I have parents tell me on a regular basis that they’re in remission but it can re-expand at any time, that you’re a ticking time bomb,” DeLaMora said. “The worries people have are many.

“Is the infection gone? How will I know if it comes back and what does that mean? My child was bitten last week, how can we find this disease early? I need to know; I can’t sleep at night,” DeLaMora said. “I counsel parents that you can get Lyme disease again and again, but it’s hard to know if it’s a new one or an old one. I don’t have any of these answers.”

In talking about the elusive “Holy Grail” of Lyme testing, DeLaMora said that there currently is “no rapid test, no antigen/DNA-based test, no predictable decay in antibodies, we cannot distinguish old versus new infections, there is no “test of cure” and there is dissent on the reliability of currently available commercial lab testing. Parents really want an answer.”

With hundreds of thousands of cases being reported — DeLaMora cited a survey from 2008 of seven large, national, commercial labs that indicated 3.4 million Lyme disease tests had been completed on 2.4 million patients at a cost of $492 million — it’s likely that cases are underestimated.

“Pediatricians are really on the front line,” DeLaMora said. “They’re coming to the pediatricians first. This is a huge. These are my people. Little five to 10-year-old boys are the ones who get Lyme disease.

DeLaMora reviewed a number of studies that indicated the choice of antibiotic did not impact the outcome for patients, but most young patients who definitely had Lyme disease tend to do well if treated.

However, some patients don’t get better, she said. “What do we do with them? There’s no right answer. Some antibiotics, some steroids. There’s no way to know and that makes parents upset and want to know more.

“And the older you are and the less clear your diagnosis, the more problems you’re likely to have down the road,” she said. “Multiple studies report that adults are more likely to receive prolonged treatment.”

Following DeLaMora’s keynote, presenters brought colleagues up to speed on a variety of topics, all related to Lyme disease diagnostics. A reception at the end of the day enabled participants the opportunity to meet and talk about additional collaborations. 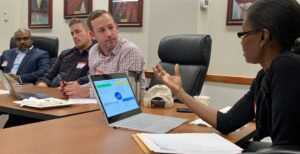